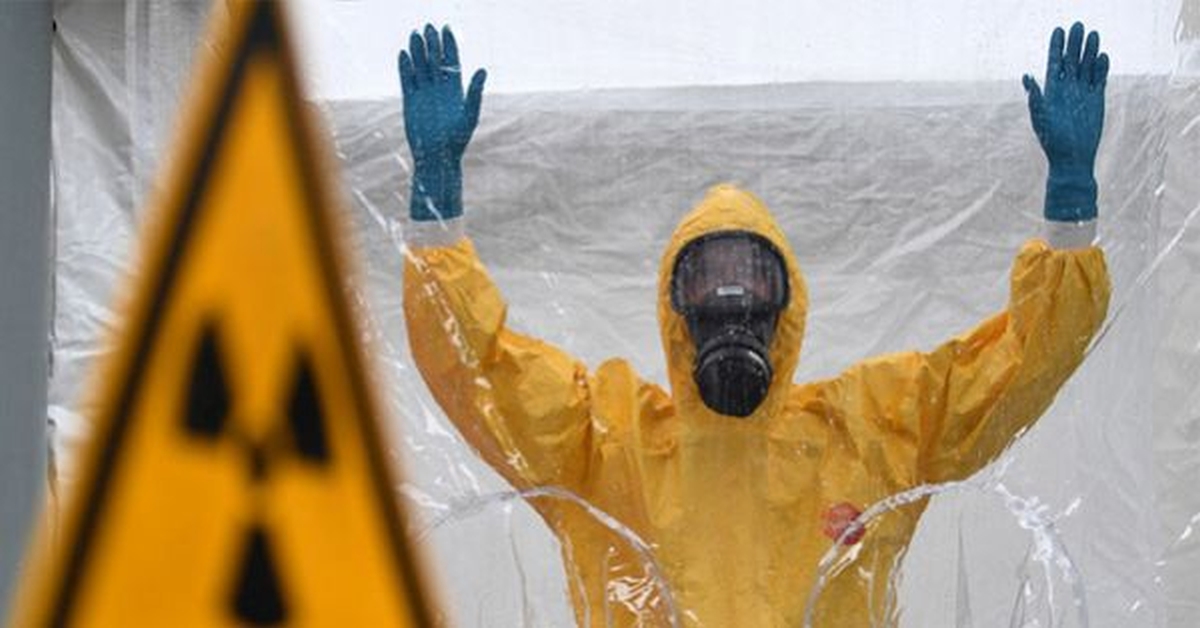 Radioactivity may be defined as the decomposition of an atom accompanied by the emission of Radiant energy such as alpha, beta and gamma rays. The gamma rays and the X-rays have akin properties. Under carefully controlled usage, they are of therapeutic value. However, they are destructive to living cells and especially to those which are rapidly proliferating, such as bone marrow, lymphoid tissue, intestinal epithelium and cells of reproductive organs. Chromosome and gene damage and interference with other mitotic mechanism are known to occur. The foetus is highly susceptible to radiation and the U.N. Commission on the Effects of Atomic Radiation has suggested that it is prudent to assume that some genetic damage we follow in the foetus exposure to any dose of radiation however small. The alpha and beta rays may produce similar effects but they have little penetrating power as compared to X-rays and they are therefore less dangerous to that extent..

Thorium, Uranium, Radium and their salts emit radiant energy and are therefore known as Radioactive Substances. They are exceedingly poisonous. Radioactive isotopes, used in therapy, emit the same radiation as radioactive elements and the dangers in their use are also similar.

When radioactive isotopes are given to patients either for Diagnostic or therapeutic purposes, all the soft tissues, organs and mainly the bones show the presence of radioactive material. Special precautions must therefore be taken in the disposal of Radioactive corpses by everyone concerned.

The following is a brief account of the points which must receive attention:

Both the body and the accompanying clinical chart should be tagged in such a way as to make it clear immediately that the patient has been treated with radioactive material. The tag should give the date of the last treatment, amount and identity of the isotope given, and also the date when precautionary measures are no longer necessary. It is desirable to have a Geiger Counter available in the autopsy room so that the prosector in a pertinent case may know beforehand the amount of radiation to which he will be exposed during a specific time. It must be remembered that there is no danger in dealing with bodies that have received a large dose of external radiation, nor is there any danger in handling bodies which have received only tracer doses of any isotope whatsoever for diagnostic purposes.

The beta radiations that are normally absorbed by the superficial tissues can reach the hands of the prosector as he dissects the organs. This radiation is very intense but falls off rapidly with increasing distance from the radioactive tissues and is readily absorbed by material interposed between it and the prosector's hands. It is therefore necessary to use long handle instruments and wear extra thick rubber gloves for protection. Any delay between death and autopsy reduces the radiation levels by the natural decay of radioactive material. Temporary implants, if any, should be removed from the body, before the autopsy is commenced. If the amount of radioactivity is less than 5 millicuries, no extra precautions are necessary beyond the wearing of rubber gloves. When our body is likely to contain more than 5 millicuries of radioactive material, it is advisable to consult a Radiation Safety Officer to prescribe the working time for the examiner at various distances from the body. If the Safety Officer is not available and the body contains less than 30 millicuries of radioactive material, a Geiger counter showing in advance the radiation exposure must be employed and the following precautions taken.

Two thick pairs of gloves should be worn to reduce the amount of radiation reaching the skin and to prevent any chance of skin contamination through leakage.

Plastic aprons and plastic shoe covers should be worn to reduce the contamination of the wearing apparel.

Goggles or spectacles will prevent contamination of the eyes.

Instruments with long handles should be used, especially knives with extra long handles and oversized forceps.

Organs that are most radioactive are removed first and placed in a glass jar, properly labelled, and preserved in a fixative or in the refrigerator for subsequent examination when the radioactivity has fallen to a safe level. If the isotopes have been injected into the body cavity such as the Thorax or the abdomen to control neo-plastic disease, it is likely that fair amount of fluid will be present. Such fluids from the cavity should be removed by means of a trocar and cannula into a closed system and stored if necessary. A syringe is less suitable for the removal of the fluids because it is to be held in hand. The cavity should then be irrigated with saline or water and the fluid disposed off directly into the sewer.

The Blood and the Clots may be disposed off without special precautions.

The spillage of the blood, urine and the other fluids, during the autopsy must be avoided.

The detailed dissection of any organ must be done away from the body. Finer dissections of the organs showing radioactivity above the permissible level may be done after a period of Cold Storage or fixation to permit the radioactive decay.

If the body contains more than 30 millicuries of radioactivity, the presence of a Radiation Safety Officer is essential. If the radiation level is very high, the use of a team to complete the removal of the organs or fluids may be necessary to minimize the exposure.

In case of an accidental injury during the autopsy, the procedure must stop forthwith and the gloves be removed. The wound must be washed with copious amounts of running water and the Safety Officer notified, so that he may determine the presence of residual contamination. The autopsy should be completed as speedily and cleanly as possible by the other members of the team.

After the autopsy, gloves should be washed thoroughly before being removed from the hands.

The contaminated wearing apparel and instruments should be cleaned thoroughly with soap and water.

If towels and gowns contain radioactivity above the permissible level, they should be stored for decay of the radioactive material before being sent to the laundry.

It is important to avoid the contamination of the floor of the autopsy room, which should be washed thoroughly with water and detergent if necessary.

The Safety Officer should monitor the rooms, tables, instrument, shoes and the clothes to check that there is no residual radioactivity. The Pathologist encountering radioactive specimens should equip himself with a monitor and be properly instructed in its use.

When the body contains more than 30 millicuries of radioactivity after the autopsy, it should be embalmed in the Hospital Morgue, or disposed off by burning at a far off place, or in an electric crematorium, or by burying it under the sea-bed.

The Authors of this Article express the fond hope and a fervent and ardent desire that all the precautions for the safety of the Doctors, the Prosectors, the Radioactive Safety Officers, the Safety Officers, the Pathologists, the Hospital Nursing Staff, the GDA Staff and the General Public are diligently, religiously, studiously, devotedly and hygienically performed, observed, followed, practised implemented and executed.

Published in Others
Views : 210