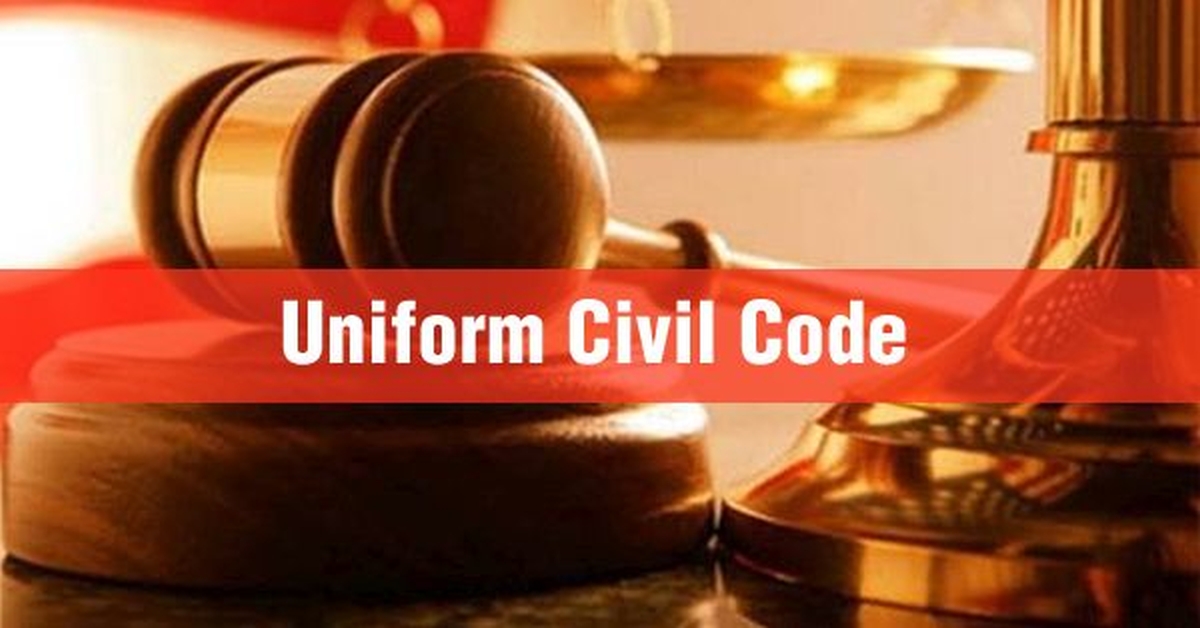 The Preamble of the Indian Constitution of free India expresses the term ‘Unity of Nation’. By the 1976 Amendment, the essence of this term has been broadened by the substitution of the expression ‘Unity and Integrity of the Nation’. In a country like ours with so many diversified factors of communalism, linguism and regionalism, the unity and integrity of India can be preserved and protected by a spirit of oneness. Uniform Civil Code as envisaged under our Indian Constitution is a miraculous cure for all the social problems and evils.

The concept of UCC is enshrined in Article – 44 of the Indian Constitution. This aims at having uniform civil code across the country for every community i.e. Hindu, Muslim, Christian, Parsi or Jews residing to achieve the essence of the preamble of the Constitution of India which solemnly resolved to constitute India into Sovereign, socialist, secular, democratic and republic.

The various personal laws are a weapon to exploit by those who have the power. Hindu daughters were deprived of the joint heirship in ancestral property as per the codes of a school of Hindu law governing succession. This right was granted afterwards by the Supreme Court. In Christianity, Christian women were not allowed to obtain divorce on the grounds of adultery committed by the husband whereas husband could divorce his wife by simply declaring her as an adulteress.  According to Parsi Personal Law, Parsi daughters who married non-Parsi men losses their property rights and non-Parsi wives of Parsi husbands were entitled to only half of the husband’s property. So, people were discriminated on the whim and caprice of the ones who interpret the religious texts from where personal laws derive their source.

The presence of various personal laws itself goes against the very spirit of secularism. Personal laws are a major problem in the way they are enacted. This is completely discriminatory in nature. Uniform Civil Code will help the cause of secularism by eradicating all contradictions based on the ideology. All the Personal Laws are derived from the different sources. Muslim community is regulated by the laws derived from Sharia and Islamic jurisprudence. Parsis’s personal laws are rooted in their tradition. The Jews are regulated by the teachings of their religion. Christian personal laws are also rooted in their religious traditions. Majority Hindu community is regulated by customs and practices of the Hindu Religion. But an attempt has been done to secularise the Hindu laws through acts like Hindu Marriage Act, 1955, Hindu Succession Act 1956 etc.

There should be a Uniform Civil Code keeping with the true idea of secularism, in which every citizen is treated as citizen, without any regard to their religion. Rules governing marriage, divorce, inheritance, etc. must be thoroughly secularized.

UCC has also raised questions related to women’s rights as citizens, which are being compromised at the stake of communal politics. Gender justice is not only about concerning the relationship between men and women. It includes formulation of strategies to take action towards transforming society as a whole to make it more just and equal and a place where women and men can be served as fully humans. In build feature of personal laws is gender injustice. Most of the practices involved in personal laws are a product of patriarchal mindset which believed in not giving justice and rights to women.

Indian society is extremely patriarchal and misogynistic and by allowing old religious rules to continue to govern the family and civil issues will dominate and subjugate all Indian women. This will lead to mistreatment to women. Clause (e) of Art. 51A enjoins every citizen to renounce practices derogatory to the dignity of women. The ones who want practices to be immune from legislation or Art. 44, are themselves violating Article – 51A. Anybody who raises an objection to the implementation of Art. 44 are violating the Preamble as well as the Art. 51A of the Constitution.

Obstacle in Implementation of UCC

It is a general notion that UCC is against fundamental rights guaranteed under Art. 25 and 26 of the Indian Constitution. Both Article 25 (the right freely to profess, practice and propagate religion) and Article 26 (freedom to manage religious affairs) have an exception of public order, morality and health. It is a wrong perception that UCC is against Article -25 and 26 as in the case of Sarla Mudgal v. Union of India, A.I.R. 1995 S.C. 1531, the court held that Marriage, succession and like matters of a secular character cannot be brought within the guarantee enshrined under Article – 25, 26 and 27.  Therefore, it doesn’t form an essence of the religion and is not protected under Article – 25, 26 and 27. Therefore, once it is held that there are certain matters relating to civil law which do not form an essence of the religion but is only a secular activity, then the legislature of free India is competent to make uniform laws concerning that practice or usage.

Therefore, it would not be wrong to say that

Uniform Civil Code is a solution to undo all the suppressive evils existing in personal laws.