Limitaion for revision under CrPC

Article 131 of Schedule to Limitation Act 1963 prescribes time limit of 90 days for any Revision under Cr. PC., 1898. Whether the same time limit will apply for revision petition under Cr PC , 1974 ? 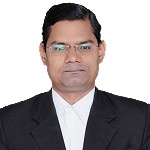 From the date of Order or from the knowledge of the order?

If the Article  131 is the only basis , I am afraid, there
is quite a material to dispute that. That limitation is applicable only
in respect of reviision under CPC, 1908 and CR PC 1898 and not Cr PC
1974.  CrPC 1898 was repealed in 1974 and new Act was
brought  in.  If there is any basis other than that ,
please let me know. I have searched a lot but no direct decision of any
court is available on the point.

The code of 1974 is just an amended form of 1908 Code. No changes have been made in the Limitation Act. So obviously Art.131 of Limitation Act is to be applied.

It is not correct to say that Cr PC is just an amendment of CrPC 1898. Actually , Cr PC 1898 has been repealed in so many words in section 484 of CrPC

Any provision which curtails the right of citizens cannot be presumed to exist in lighthearted approach.  Section 484 of CrPC 1974 takes care of large number of such things like powers , notifications , proclamation under old Act , but unfortunately , it is silent about limitation matter.

I am supporting Ajay kumarji's  observation.

Though no amendment is made in the Limitation Act to keep pace with the New Cr.PC, that hardly changes the spirit of Art. 131. The limitation, in my opinion, would be 90 days.

Though you have quoted section 484 of new crpc which itself contains the answer and I quote the whole section as noted below:

The Code of Criminal Procedure, 1973 (CrPc)
484. Repeal and savings.
(1) The Code of Criminal Procedure, 1898 (5 of 1898), is hereby repealed.
(2) Notwithstanding such repeal, -
(a) If, immediately before the date on which this Code comes into force, there is any appeal, application, trial inquiry or investigation pending, then, such appeal, application, trial, inquiry or investigation shall be disposed of, continued, held or made, as the case may be, in accordance with the provisions of the Code of Criminal Procedure, 1898 (5 of 1898), as in force immediately before such commencement (hereinafter referred to as the Old Code), as if this Code had not come into force:
Provided that every inquiry under Chapter XVIII of the Old Code, which is pending at the commencement of this Code, shall be dealt with and disposed of in accordance with the provisions of this Code;
(b) All notifications published, proclamations issued, powers conferred, forms prescribed, local jurisdictions defined, sentences passed and orders, rules and appointments, not being appointments as Special Magistrates, made under the Old Code and which are in force immediately before the commencement of this Code, shall be deemed, respectively to have been published, issued, conferred, prescribed defined, passed or made under the corresponding provisions of this Code;
(c) Any sanction accorded or consent given under the Old Code in pursuance of which no proceeding was commenced under that Code, shall be deemed to have been accorded or given under the corresponding provisions of this Code and proceedings may be commenced under this Code in pursuance of such sanction or consent;
(d) The provisions of the Old Code shall continue to apply in relation to every prosecution against a Ruler within the meaning of Article 363 of the Constitution.
(3) Where the period prescribed for an application or other proceeding under the Old Code had expired on or before the commencement of this Code, nothing in this Code shall be construed as enabling any such application to be made or proceeding to be commenced under this Code by reason only of the fact that a longer period therefor is prescribed by this Code or provisions are made in this Code for the extension of time.
Hence the answer lies in the code is the answer Sir/