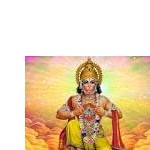 Sir I got divorce from my first wife in 1996 from lower court but district court cancelled it.I appealed in high court  and I got judgement in jan 2008 in my favour ie highcourt maintained judgement passed by lower court in 1996.

I got remarried in 09 may 2002.second wife filed divorce and maintenance case in 2005.she took divorce in mar 2008.court drdered to pay eighty thousand Rs as marriage expenditure and 1800 Rs pm as maintenance.In 15 may 2008 she lodged FIR falsely stating that at the time of marriage her father gave me gifts and cash amounting five lacs and after marriage she falsely claimed that I have demanded a motor cycle and fifty thousand rupees.she hide the fact from police that she already got divorce.police never came to me and submitted charge sheet under 498A and 494 against me and five family members.she never went to her sasuraal,kept staying with her parents.i have a letter written by her father stating that he is very happy to learn that only girl is my prioriy, not money,he went to my home before marriage and enquired all about me.i moved to high court and matter was referred to mediation centre which also failed.now case has been referred to highcourt.simiulaneously I met DIG for unfair investigation by IO who has now ordered for reinvestigation.police moved to court to get CD but court said that it will be provided once stay passed by highcourt is vacated.now I have few querries 1.should I insist in highcourt to quash the chargesheet.2.if chargesheet is not quashed,do I still have chances of fair reinvestigation.3.what about 494 keeping in mind highcourt’s decision who has maintained lowercourt’s decision passed in 1996.please suggest me and give me relvant ruling if possible.