There is a company situated in Mumbai that offered loan to my client in Noida.

He was paying without default since last 4 years, however, he could not pay during Covid for 5 months.

The Company put the cheques to be cashed in Mumbai (Where its head office is situated. It has a branch in Noida) and after being dihonoured filed a case in Mumbai itself.

I read the law and judgments but I am confused at a few parts.

What do we mean by 'Drawing through an account'

And in bank cases who will be the payee?

Ultimately, should the jurisdiction be Noida or will we have to go to Mumbai? 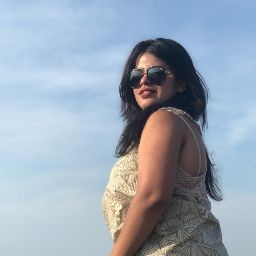 jurisdiction can be in Noida.
As per your facts stated cant say who is payee in terms of bank. 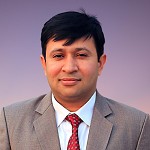 In the matter of Himalaya Self Farming Group Vs. Goyal Feed Suppliers (Supreme Court of India) Transfer Petition (Criminal) No.273 of 2020. Judgement dated 16/09/2020

Supreme Court states that as per section 142(2)(a) of the Negotiable Instrument Act, the court within whose jurisdiction the branch of the bank where the payee maintains the account is situated, will have jurisdiction to try the offence, if the cheque is delivered for collection through an account.

The cheque is stated to have been presented / dishonoured in Mumbai accordingly Mumbai court has the jurisdiction to entertain complaint, try and punish the drawer of the cheque.

How Noida courts can assume  and invoke jurisdiction ?

By a landmark judgment, Dashrath Roopsingh Rathod Vs. Stae of Maharashtra & Anr.

In this case, the Supreme Court has changed the basic criteria under Section 138 of Negotiable Instruments Act which is to prosecute a person who had presented the cheque which had been returned due to insufficiency of funds or if the amount exceeds the amount in the bank of the payer.

Earlier, a case under Section 138 could be initiated by the holder of the cheque at his place of business or residence. But, a bench of justices TS Thakur, Vikramjit Sen and C Nagappan ruled that the case has to be initiated at the place where the branch of the bank on which the cheque was drawn is located.

And the judgment would apply retrospectively. This means, lakhs of cases pending in various courts across the country would witness a interstate transfer of cheque bouncing cases.

The bench said: “In this analysis, we hold that the place, situs or venue of judicial inquiry and trial of the offence must logically be restricted to where the drawee bank is located.”

Example: Mr. X who resides in Chennai owes Rs. 1 Lakh to Mr. B who resides in Chandigarh, Mr. X issues a cheque in delhi in favour of Mr. B. The cheque bounces in Ludhiana (place of bank where the cheque is given by Mr. B) for insufficiency of funds.

According to the earlier law Mr. X could have chosen any of the four places. But by the recent judgment the only place for institution of case would be Ludhiana, i.e. where the cheque has dishonored at the payee bank which is located in Ludhiana in this example.

Reasons for passing the new law

The rationale behind this change is that the payers majority being businessmen and traders were using extending credit recklessly and due to the leniency in the provision of Section 138, it was being misused in regards to the place of institution, as sometime the payer had no concern with the place where the cheque was issued and to unnecessarily harass the payee cause hardship of place of institution of case according to their convenience. To curb this practice this judgment aims to get to the root of the issue and resolve it by a strict approach so as to discourage the payer from misusing or carelessly issuing cheques. The hardship of traveling to the location of drawee bank is now on the payer.

The change in the existing law shifts the inconvenience and hardship on the payer because now he would have to travel to the place of the drawee bank where the cheque gets dishonored due to insufficiency of funds. Hence, guaranteeing more precaution by the payer at the time of issuing the cheque.

Case cited by learned advocate Mr. Vipin Rana has not been accepted and TP has been dismissed by Apex Court and maintained that Agra courts has the jurisdiction

Payees means who receive  from a payer.

With due respect, there is still confusion, as a physical presentation to the drawee branch is not necessary as per digitalization.  It is accepted for collection in Mumbai, those cheques are payable at par at all branches and hence the collection banker (Payee/Lender bank at Mumbai) presents the cheque, not at NOIDA bank branch, but sends for collection to the same bank at Mumbai and Mumbai bank of the drawer rejects the cheque in clearing and the clearing schedule of the bank at Mumbai of drawer (Borrower) Bank rejects.  Hence it can be treated that cheque was returned by Mumbai Branch only.

The loan is admitted through documents, issuing of cheques towards repayment is admitted, there was such record of earlier repayment cheque,  bouncing is admitted and the only way open for NOIDA borrower is to liquidate the amount to avoid further costs and fees.

Thank you. I think I have a sort of direction.

Also, should or can we go for 402 revision to have the summons quashed or fighting the case in lower court woukd be a better option?

And how many dates woukd this take? Likehiw many times will we have to visit Mumbai?

Everything is uncertain in litigation and particularly at a place like Mumbai.  There is no way one can fight in this case when there is enough evidence at the lender pointing out to the borrower.  Instead of wasting time and more money in litigation, it is better to explore possibilities for a compromise.  Instead of spending amounts towards traveling, there are many local advocates in Mumbai, that can handle the case with fewer expenses, and have the links to prolong the case to several years.  Those advocates are dedicated to cheque bouncing cases at that particular case.  You may establish contacts with those persons to prolong the case till a compromise has arrived.

The position is still in doll drum when the cheque is presented for collection in Noida branch but dishonoured at Mumbai it's HO during clearing under digitalization.

The cheque return schedule of returning bank is the evidence of presentation (States the address to whom  cheque was received and returned ) dishonour  (states the bank that dishonored and reason) and both the transactions have taken place at Mumbai.

The company presenting the cheque for payment at Mumbai is the correct procedure adopted by the company because it has headquarters at Mumbai, hence the branches are controlled by the headquarters only on al such issues.

Since you have signed the cheques for legally liable debt which includes security purpose, the high court will not entertain quash petition.

You may have to face the case in the trial court only.

The time taken for disposal of the case cannot be predicted owing to various factors involved in the trial of the case.

You are welcome for your appreciations.