can court mark as absent or

In cases related to civil matters, if a person hasn't responded to a summon or a legal notice, the court by a course of action in such response would initiate an ex-parte legal proceeding which in result would entail the plaintiff proving his claim through the legal procedure as well as by evidence supporting his or her claim.
However, usually the court's provide another chance to the person unresponsive to a summons by resending it.

Summons are basically of two types; firstly; normal summons if the other party resides or is doing business in the local jurisdiction of the court in which case the court notice would be sent via process server medium who is essentially a court employee with summoning responsibility

As per your query, you've been engaged in a suit under Section 125 of CrPc (Code of Criminal Procedure), 1973 that deals with - Order for maintenance of wives, children and parents.

Since, any offence mentioned under CrPc is a criminal offence, the non-appearance at any issued in any such case is quite different from that in a civil matter.

Therefore, in case of criminal summons, the court would issue bailable as well as a Non-Bailable warrant against the defendant.

The court infact may even proclaim the defendant to be an offender, with notice published in a local newspaper, along with this if such an action isn't sufficient, the court may also have a lien on the property.

When there isn't a response from a person or individual towards a court notice it would result the court towards issuing an arrest warrant against the person. Moreover, in extreme cases, the lookout notice may be issued as well. 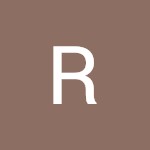 ex parte order even if passed ...can be recalled by following due process of law