revocation of suspension order in a priate organization 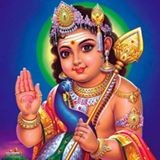 Sir I am an employee of Private Engineering College . My case is some different. It is concerned with college. My case is a criminal case U/S 420 r/w 34 IPC and it is outside of the college, I was arrested in this case on 02/11/2018 and after 12 days of custody I was released on bail on 15/11/2018.By seeing my arrest in the local news paper suspension order was issued to me as per service Regulations of State Government.The charge sheet was filed on 20-11-2018

Facts about the Case :

Firstly there was no complainant on this case

This case is regarding Akshyaya Patra

S.I. of Police along with some police men suspiciously arrested us.

Still I am under suspension. I have submitted my explanation letter requesting for revocation of suspension order and to reinstate from my services.The details of my explanation is mentioned below.

I humbly submit that I have not committed any offence nor
involved in any criminal case involving moral-turpitude.  Infact, I
was falsely implicated in a case and the police have involved me in a
case at the instance of my enemies.  There is not even any report
given by any person against me for registering the crime nor there is
any specific allegation that I have committed any offence.   On the
date of police registering the case I was called over the phone to the
police station when I was working in the college.   But the police
made some false allegations and implicated me in the case.  Hence the
allegations made in the F.I.R. by the police themselves (without any
report from third parties) are absolutely false and such allegations
are made at the instance of my enemies.

I further humbly submit that I have been sincerely
serving the college and discharging my duties to the satisfaction of
the management and to the satisfaction of my higher authorities.I hereby undertake that I will not involve in such type of allegations in future; failing which disciplinary action may be initiated against me.


I am not getting any salary since I was suspended from my duty.

They are afraid to take decision and also they want to save her skin because my case is pending in court. Orally they are consoling me for revoke but not in written.

My question is according to State Govt. Employees Rules whether they can revoke my suspension order when the case is pending in court.

My question is how long they can keep me in suspension according to rules in my case and not what i will do.


Likes: 199
Points: 3857
As per service rule if a govt. employee is involved in a criminal case and was arrested and remained in police custody for 48 or more hours then such employee is subject to suspension and this suspension cannot be revoked. only remedy if revocation arise only when employee is acquitted by court till then employee remain under suspension.
Reply

Mere news in news papers is not a solid ground for keeping in suspension, though suspension is not a punishment.  You can use RTI affectively and can bring pressures.  Immediately after suspension, they have to commence such proceedings  such as issuing show cause as early as possible.

File RTI Application to Public information officer of the college or that Govt dept/Board that controls the college and seek information as follows:  The application should be filed under Life or Liberty clause and they are bound to provide information within 48 hours.

2.Please inform the reasons on record for not commencing other disciplinary proceedings even after.....months after suspension.

You can also file RTI Application to Supdt., of Police and seek information as follows:

2.Please inform the day to day investigation after registration of FIR till date.

These documents help you in filing further writ before HC for reinstatement.