applying for divorce while staying together

I am from Pondicherry and working in Bangalore now. My wife is also from Pondicherry. We have got married on 2013 and got son on the same year. From the day 1 my mother in law wanted her daughter's hands to be on the upper side in my family and my wife also implemented that in my family. I did not allow that and so we fought often.

In 2015 she left my home for her sister marriage(In Pondicherry) with my son and did not come back. Her parents also supported her and did not take any action for the life of their daughter. Then after 6 months I brought a middle man and brought my wife and son back.

Then also she continued to fight with me and say one or the other thing and keep dominating me. Meanwhile I admitted my son in school. In March 12 again she left home with my son when I was not there. There was a small fight before day but after that we came to normal but suddenly she left home(to Pondicherry). When I went to my son shcool I found that the attendence of my son is not proper(she use to drop my son after I left to office). School teacher also said that my wife has mentioned on 11th of March itself(before fight). So she purposefull fought with me and went.

As usual her parents did not take any action, I have written more than 10 letters but no reply. Then I had given a petition to SP and brought her back on March 2018. Now we are living together in Bangalore. But she is always fighting with me, not allowing my son to sleep with me or to go outside with me. Forcing my son to call me and asking to bring toys to play. My kid is just 4 yrs he does not know how to behave. Whenever he is talking with me he is taking in favour of me. But when his mother is there he is scared to talk. He just supports her.

By thinking my son and my future. Why my son has to get depressed at this age. He is being tortured not to talk with my parents. My wife is scolding my parents in very bad words which I cannot even say here. But they are staying in my native. She has never given respect to me also. Have undergone many tortures. I want to live a peaceful life. I want to divorce my wife.

She use to call her friends and say that me, my mother and my father should die. She says that she was happy when she was in her native and not happy when she is with me. She is saying that I am torturing her. She is projecting me like a psycho to her relatives and friends.

Note:
1. My mother in law asked me to leave my job and come to their home and stay but I refused. This happed just 1 month after marriage.
2. My mother in law asked me to give my son to them. But I refused. This happend in 2014.
3. whever fight comes she used to take knife and harm herself, try to jump from 2nd floor, beat herself.

Queries:
1. How can I send her to native and apply for divorce? Can I give a complaint in Local Police that I am applying for divorce and so ask her to vaccate. If she stays here, she will harm herself and tell that I have done it.
2. From where should I apply for divorce? Pondicherry or Bangalore?
3. In-Laws have only 2 daugthers and have lumpsum money but they never shown outside. They are getting rent from 2 houses. Should I still pay her maintenance. Additional info is my co-brother also is facing the same issue. Can I highlight this in my complaint?
4. What type of proof will the court expect? 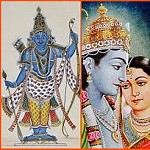 1. How can I send her to native and apply for divorce? Can I give a complaint in Local Police that I am applying for divorce and so ask her to vaccate. If she stays here, she will harm herself and tell that I have done it.

Find a good advocate.  The draft of the divorce petition should be fool proof and should ensure divorce even if you have to change the lawyer midway through the case.  Directly file divorce in Family Court.  Advocates will tell you need to give notice then file divorce.  Dont listen to such lawyers.  Tell this to such Lawyers.

Irretrievable breakdown of marriage
It cannot be said in case a marriage is found to have been broken down to an extent that it was beyond all rapprochement or reconciliation, then whether any ground as laid down by law exists or not the court ought to hold or can take circumstances alone, as a ground for dissolving the marriage. Irretrievable breakdown of the marriage is not contemplated as a ground for dissolution of marriage s.13 of the Hindu Marriage Act and as such cannot by itself be taken as ground for decree for dissolution of marriage.

In spite of recommendations of the Law Commission in its 1st Report, the Legislature did not consider it advisable to introduce irretrievable breakdown of marriage as one of the grounds for a decree of divorce. In Saroj Rani vs Sudarshan Kumar Chadha the Supreme Court has first laid down in upholding a decree of divorce following a consent decree for restitution of conjugal rights that it is evident that for whatever be the reasons this marriage has broken down and the parties can no longer live together as husband and wife, if such is the situation it is better to close the chapter.

This view of the Supreme Court was referred to in Amarendra N. Chatterjee v Smt. Kalpana Chatterjee, in the context of different sets of facts and it has been held that the Hindu Marriage Act does not contain any provision for dissolution of marriage by a decree on the ground of irretrievable breakdown of marriage and as such the court cannot grant a decree on that ground alone. In Apurba Mohan Ghosh vs Manashi Ghosh, it has been held that in view of the provisions of s. 23 of the Act, the court would grant relief only when any of the statutory grounds mentioned in the Act is found to exist. In V. Bhagat v D. Bhagat it has been held that irretrievable break-down of the marriage is not a ground by itself for a decree of divorce. While scrutinising the evidence on record it may be relevant to determine whether the ground alleged is made out.

If the theory of irretrievable breakdown of marriage is introduced in marriage law of India, there may be increase in the number of divorce cases, but that wiII not destroy the institution of marriage nor wiIl it affect the quality of family life.

Moreover, the essence of marriage is a sharing of common life, a sharing of all the happiness that life has to offer and all the misery that has to be faced in Life, an experience of the joy that comes from enjoying in common things of the matter and of the spirit and from showering love and affection on one's offspring. Living together is a symbol of such sharing in all its aspects. Living apart is a symbol indicating the negation of such sharing. It is indicative of a disruption of the essence of marriage 'breakdown' and if it continues for a fairly long period, it would indicate destruction of the essence of marriage-'irretrievable breakdown'."

Then the advocate will get convinced and draft divorce petition.

If telling all the above is diffuclt. Throw money, any advocate will get ready to file divorce petitoin on behalf of you.

Once the divorce petition is filed even if wife is staying with you she will be served notice and she has to accept it then she will go to her parents place.

2. From where should I apply for divorce? Pondicherry or Bangalore?

At the place where you both are living right now.

3. In-Laws have only 2 daugthers and have lumpsum money but they never shown outside. They are getting rent from 2 houses. Should I still pay her maintenance.

Maintenance is unavoidable when you marry Indian woman. Your life will be spent playing alimony games in court if you dont want to pay alimony but still would end up paying 10 advocates same money and still end up paying alimony to wife and kid if any.

Additional info is my co-brother also is facing the same issue. Can I highlight this in my complaint?

You can mention this in your divorce petition but it will backfire.

4. What type of proof will the court expect?

What proof are you talkking about? Mental cruelty cannot be proved. Rest if you have videos, audio recordings, chat screenshots, sms, whatsapp messages, emails all those can be used in court to obtain divorce.

You take allahabad High court judgement which reads as follows:

I have the audio in which she speaks to her mother, friends, sisters badly about me and my family. For ex, my mother is not a roaming(take in other way) the town, my father will die in an accident and I should die because of health issues.

Threatening my son not to go with me. Torturing my son to call me and ask ask toys, take him somewhere, kinderjoy.. etc..

People who listens this can understand what type of respect I would have got in home. :(

GIve all evidence to court. Let court decide.

honerable court will take decsion by considering evidence on record.

If you have any doubts you can revert back to forum.

Try to file a divorce case with the help of a local advocate.  Good Luck