In a joint WILL only one signatory had signed . unfortunately the second signatory has expired without signing the said WILL .Query is does the WILL in question have any Legal binding?

My father Late Shri Dattaram Atmaram Sannake Owner Member of Society had made a Registered Will in 2008 and a Registered Gift Deed in 2010 which had mentioned 475 sqft built up, but my was not updated in Share Certificate till date of my father even though given several Complaints by him.
Ours Society land given by Collector under PWR 219 scheme. Fighting for my Membership with Society after death of my father atlast Order given by Regional Deputy Commissioner Samaj Kalyan Belapur in my name but not through Gift Deed but through Inheritance by mentioning in other letter saying Gift deed is not acceptable.
My cousins who have illegally occupied my 1 kitchen room had filed suit in 2010 which got disposed in 2016 by Decree Order.
Again they filed Appeal after 1 year after death of my father which is pending for objections which have mentioned we have received caveat by respondents. My father had made an executor in Will to his friend Son. Who is denying about having no knowledge about the caveat. Recently my Advocate made a notice unknowingly by taking Signature on it and submitted it to BMC Assessment and Collection Dept which mentioned the Cousins are my fathers brothers Children which was not as my father was alone Son to my Grand Father. After realising I made a complaint to bmc for Cancellation of Advocate Notice which was still not replied. I want to know what power does executor have and how to withdraw caveat. Can I withdraw it. My father friend son who is executor are ready to give NOC for not having any interest in Property. Is it right to take NOC and what should be the format. Also I have submitted my letter to Police to register FIR against illegal activities of tampering and Destroying Documents by Society Collusion with Cousins which was not registered since Nov 07 2020.
Recently again discovered that Sub Registrar had issued 2 index for Gift Deed by different Date and time. The original Gift Deed which have receipt and date same are without stamped and Annexures unregistered, but recently issued certified copy which have different Date. This means that they have cheated me.
What steps should I have to take. Please 🙏 help

Sir i am native of karwar, karnataka and i do have the caste certificate of obc karnataka which is also listed in Central list as OBC Bhandari 180, I was born in karnataka but boughtup in pune. I'm residing in pune, Maharashtra for more than 15 years, I have completed my school from Nursurray to 10th and 12th from Maharashtra state. My father was a cop at a post of Head Constable in Maharashtra state, he passed away in 2014 from that on we are get pension which is 18000 per month which comes under State bank of india in pune, Maharashtra, we do havewe do have some F.D in banks which get a interest of upto 4lacs.

We do have Ration card, Aadhar card, pan all documents of Maharashtra state.

Recently In 2019 i bought a land in karnataka.

My caste is only valid in karnataka but it not valid in Maharashtra therefore I stand as open in Maharashtra but with domicile certificate of Maharashtra state.
I know it's too complicated...
But please help me out with this...

Reason for Obc Ncl: For Mba Reservations under all india obc reservation.

1.Am I eligible for obc ncl as my father was head constable?


3. As our caste certificate is of karnataka state and I only have a land that too bought recently, no other documents....
Am I eligible?


Karnataka: Only obc which is listed under central Caste Certificate, birth place and a recently Bought land


Help me out sir,

I know it's too way long complicated but please 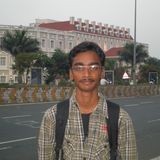 Sir i had applied for ssc cgl 2021 but I didn't apply for obc certificate in crucial date.i applied after crucial date but i am eligible to obc Ncl criteria.is there any problem arise during document verification

Dear Sir,
How can i create a Power of Attorney on my mother's behalf for carrying out certain bank,financial and property related activities,which she is unable to do because of her advanced age ?
Can it be created online ?What are the forms for the same?What are the charges for documentation?
What is thee validity of POA once created ?

Out of three brothers two elder brothers have made a JOINT WILL in favour of the youngest brother pertaining to un divided family property Query is what happens when one of the signatory of the WILL expires.does then the WILL HAVE ANY LEGAL BEARING

I am a central government employee and i had applied in obc ncl category for the job. Our family hails from bihar but now we reside in jharkhand since 1975. After jharkhand came into existence, the people who had migrated from bihar were not eligible for domicile and hence obc ncl. So i had applied through obc ncl and domicile of bihar. But in 2016 new amendment were paased and now i can get domicile and obc ncl from jharkhand state. i wish to appear for upsc cse examination. So should i obtain obc ncl from bihar or jharkhand.which one is legally correct.kindly help?

Dear experts kindly read the following-- as i wish to understand--why the PoA has been rejected by the court.

Subhash Chandra had on November 17, 2016 moved the court through a power of attorney to Gulshan Kumar Sachdeva, seeking prosecution of Mr Kejriwal for allegedly defaming him by levelling false allegations in the wake of demonetisation
A Delhi court on Saturday discharged chief minister Arvind Kejriwal in a defamation complaint filed by Rajya Sabha Member of Parliament or MP Subhash Chandra, saying Mr Chandra had not followed proper procedure while filing his plea.Additional Chief Metropolitan

Magistrate Samar Vishal granted the relief to the Aam Aadmi Party chief, noting that Mr Chandra had filed the complaint through a power of attorney which is "barred" under law.

The court said that Mr Chandra was at liberty to file a fresh complaint in accordance with law."Hence proceeding further with this case will be a futile exercise as this case is also filed through power of attorney. Accordingly the accused Arvind Kejriwal is discharged from this case," the court said.