The Real Deal?The winds of change are blowing in the real estate sector. Earlier times required the buyer, flat owner to wait for ages for his home to be constructed, had to shell out hidden costs and could never muster up the temerity to ask the bui

Forming of Opinion of Title

How to form opinion?The techniques and reasons for scrutiny are explained in previous artilce and based on which genuineness of the deed can be found, then the proplawyer has to discuss probable challenges, disputes, etc and then form a opinion on fl

Scrutiny of deeds Name of deedThere are various deeds available whereby an immovable property could be transferred. One may think what is significance in verifying the name of the deed that is being scrutinized.There are possibilities of errors in m

Witness The proplawyer shall have good knowledge about witness, their role during execution of document, importance of witnesses.Attesting WitnessThe person who signed as witness on the last page of the document is known as attesting witness who cert

Non-availability of documents - What to do?

Partition and Release of Property

Partition Usually, joint properties are partitioned between the joint owners which amount to severance of the joint interest in the ownership of the common property. In order to avoid any quarrels between the family members or to maintain the harmony

Will is an important document which enables a person to leave his/ her property after his death to reach the desired hands as per his/ her wish and particularly not to wrong hands.

Land reforms aimed at re-distributing of ownership of lands and optimum utilization of land. It also dealt the rights, duties, obligations of the land holder.Lord Cornwallis is considered as one who regulated the Zamindari system

Affordable houses may soon be exempted from stamp duty, which varies between 4% and 8% of the transaction value.The Ministry of Urban Development and Housing has made an effort to convince the state government for excluding the stamp duty levied on a

Industry/Allotee cannot be participant in a legal dispute if the landowner moves court seeking enhancement of compensation for the property.

FEELING TRAPPED?6 ways in which the Real Estate Act will protect you.

16 Literally, Benami means �without name�. The Benami transactions are those transactions in which the real beneficiary is not the person in whose name the transaction {particularly purch

No Sale by Owner, Clouded Title

Am I a prudent buyer? 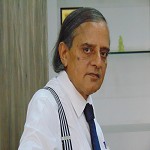 For acquiring land by Government Authorities like, MUDA, BDA, or similar authorities, they have to acquire land within a reasonable time from the date of issue of notification. Otherwise, such notifications can be quashed and declaratory relief can b

All that you would like to know about the RDDP 2034

POSTED BY R B Singhvi