It is often said that in court cases in India, the process itself is a punishment. However, how torturous and long drawn this process can be, varies dramatically across the country. In India, the Supreme Court is the end arbiter to all the disputes and carries huge expectations when it comes to high stakes matters- from Ram Mandir to Triple Talaq, Political indifferences to defamation, mining to movies and from right to privacy to unnatural offences.

“Justice delayed is Justice Denied”, the oft quoted words of William Goldstone, used by every layman to describe our Indian Judiciary. Amidst of justice and delays, COVID-19 outbreak has placed additional strain on judicial system already in crisis. The World Health Orgainisation (WHO) declared COVID-19 as a “pandemic” on 11th March, 2020.

The Supreme Court of India (SC) vide Circular No. F. No. 212/MISC/PF/2020/SCA(G) dated 14.03.2020, had announced that from 16th March, 2020, the SC will be hearing only urgent matters. The SC has also directed that only the lawyers acting on the matter, i.e., either for arguments or making oral arguments or to assist, along with one litigant only, will be permitted in the court room. The SC has also reserved the right to require thermal-screening at all entrants, and to deny entry to persons found to have high body temperature. Not only this, the Supreme Court vide Suo Moto Writ Petition no. 1 of 2020, has also raised the issue of contagion of Covid-19 virus in prisons. The hearing of urgent matters is done through video conferencing by installing an app called “Vidyo” (notified by Supreme Court vide circulars dated 23.03.2020 & 26.03.2020).  Moreover, Supreme Court vide Suo Moto Writ Petition no. 3 of 2020 extended the Limitation period for all the cases w.e.f. 15th March, 2020 till further orders of the Supreme Court. All efforts are been taken to administer justice in the country.

Similar restrictions have been announced by various courts, including the Bombay High Court, Delhi High Court, Karnataka High Court, NCLT, district courts and other tribunals. The restrictions include hearing of only urgent matters, requiring parties to show urgency on matters, which may thereafter be heard only upon the court’s satisfaction of the urgency, limiting the presence of litigants in matters to only those cases where it is mandatory/ unavoidable (such as in cases of anticipatory bail), closure of cafeterias, and potential thermal-screening of visitors to the courts.

While the courts are trying to cope up with the situation, the problem of pendency of cases is growing rapidly. The question that arises in everybody’s mind is, “Will people suffer for justice?”, “Will Justice be delayed again?”. Securing justice- Social, Economic and Political to all citizens is one of the key mandates of the Indian Constitution. This has been explicitly made so in the Article 39-A of the Constitution that directs the State to secure equal justice and free legal aid to the citizens. To overcome with the crisis of COVID-19 and to achieve the ends of justice, the Indian Judiciary should go away with both the vacations and reduce pendency of cases. Even in ancient times, one of the primary duties of rulers was to guarantee justice to their subjects and now the burden is shifted on the shoulders of INDIAN JUDICIARY.

The similar trend is being followed by the courts all over the world. The Supreme Court of UK is testing video conferencing technology and allows the Courts to operate key functions virtually. Once the testing is complete, the UK Supreme Court (UKSC) and Judicial Committee of the Privy Council (JPCP) will continue to stream all hearings and judgments live on the official website.

The Supreme Court of USA out of concern for the health and safety of the public and Supreme Court employees, closed the building from 4:30 p.m. on March 12, 2020, until further notice. Moreover, Supreme Court vide Order No. 589 dated 19 March, 2020, extended the deadline to file any petition for a writ of certiorari due on or after the date of this order to 150 days from the date of the lower court judgment, order denying discretionary review, or order denying a timely petition for rehearing. It is further ordered that motions for extensions of time pursuant to Rule 30.4 of US Supreme Court will ordinarily be granted by the Clerk as a matter of course if the grounds for the application are difficulties relating to COVID-19 and if the length of the extension requested is reasonable under the circumstances. Such motions should indicate whether the opposing party has an objection or not.

The Supreme Court of Canada, vide news release dated 25 March 2020 closed the building due to COVID-19 till further orders and continued to work with various stakeholders in the justice system to address the issues arising out of this exceptional situation. The cases previously scheduled for hearing in March, April and May are adjourned, tentatively, to the month of June 2020. The Court will continue to issue judgments on applications for leave and on appeal for the time being. Until further notice, all media briefings on judgments on appeal will only be provided by teleconference. Physical access to the Supreme Court of Canada Building remains restricted to those persons who are necessary to the proceedings before the Court. Court documents must be filed by e-mail.

Even, Sheffield Crown Court reduces number of hearings in the wake of virus outbreak. The Lord Chief Justice suspended new jury trials at crown courts on 23rd March, 2020 as a safety precaution alongside measures including arrangements to use telephone, video and other technology at as many hearings as possible.

The Court of Justice of the European Union vide notification dated 19th March, 2020 directed that the judicial activity shall continue, but priority will be given to those cases that are particularly urgent (urgent proceedings, expedited proceedings and interim proceedings).Procedural time limits for instituting proceedings and lodging appeals continue to run and parties are required to comply with those time limits, without prejudice to the possible application of the second paragraph of Article 45 of the Protocol on the Statute of the Court of Justice of the European Union. By contrast, the time limits prescribed in on-going proceedings with the exception of the abovementioned proceedings that are particularly urgent are extended by one month with effect from today. Those time limits shall expire at the end of the day which, in the following month, is numbered the same as the day on which the time-limit should have expired or, if that day does not exist in the following month, at the end of the day of the last day of that month. Until further notice, the time limits that are to be fixed by the registry, with effect from today, shall also be increased by one month. Hearings that are listed between 19th March 2020 and 3rd April 2020 are adjourned until a later date.

The Supreme Court of New Mexico vide Order No. 20-8500-006 dated 23rd March, 2020 directed all the judges to use telephonic or audio-visual attendance for court appearances by attorneys, litigants, witnesses, and the press, unless there is an emergency need for an in-person appearance. Any criminal procedure rules requiring the presence of the defendant may continue to be accomplished through remote, audio-visual appearance, provided that confidential communication between the defendant and defense counsel is made available. Moreover, all gatherings of individuals in a single, connected location within a courthouse or other building are now further limited to not more than fifteen people, which includes judges, court personnel, jurors, attorneys, litigants, the general public, and the press to facilitate appropriate social distancing as recommended by public health authorities. Further, The Court issued an order on 26th March 2020 that temporarily postpones the carrying out of eviction orders against New Mexicans who provide a judge with evidence that they are unable to pay their rent on a mobile home lot. This action offers the same protections against the loss of housing during the public health emergency that the Court provided to tenants of apartments and certain other places of residence in an order issued 24th March 2020.

The growing COVID-19 crisis is a threat for the whole world and in the wake of it, Judiciaries all over the world are going Hi-Tech and are taking out a way to ensure justice in all possible ways. In particular, the untiring efforts put by fear and flavorless Indian Judiciary is doing commendable job of imparting justice, inspite of so many difficulties, which creates faith of public in the rule. But at the same time, to clear the extra burden on the system, it is important to go away with the vacations and achieve the goal of SPEEDY TRIAL. 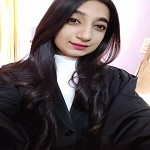 Published in Others
Views : 498