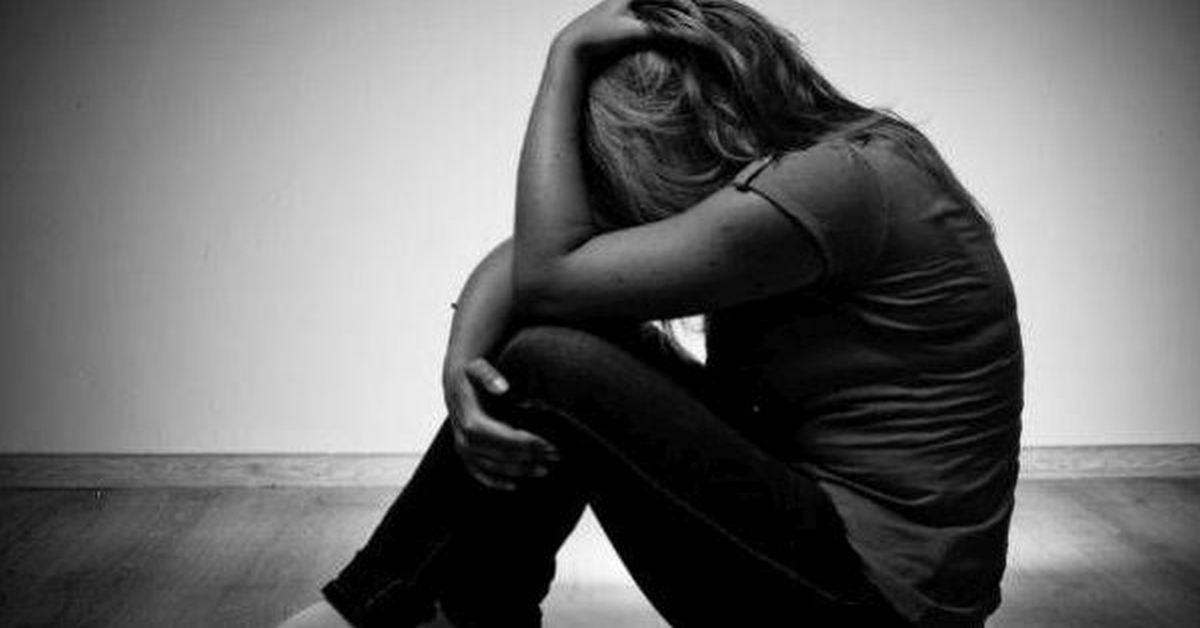 Drug abuse is defined as the use of drugs, either narcotic or non-narcotic, to affect the mind and body for no sound medical or scientific reason. A characteristic of their use is addiction. It is produced by repeated consumption of a drug, either natural or synthetic, and is characterized by-

The numbers of drugs which are being abused are increasing day by day. In recent years, in the description of drug abuse, all these drugs are loosely termed as narcotics irrespective of their properties. Those known to be in common use are grouped under the following heads:

These drugs are taken singly or in combination administered either by the oral route, subcutaneous injection (skin popping), intravenous injection (main lining) or as a snuff. A recent fashion, probably to avoid detection by the authorities, is to inject the drug subcutaneously tattoo mark or intravenously, and as the more accessible veins may be thrombosed, the drug may be injected into the venous plexus under the tongue, in the rectum or in the vagina. LSD is taken on a lump of sugar.

The narcotic is usually purchased on the street as a packet containing the alkaloid (usually 4 to 8 percent) which has been diluted (cut) by lactose, mannitol or some other adulterant. After an epidemic of malaria the drug addicts, the dealers now add quinine to the packet as a prophylactic against malaria. The heroine bag in New York city at present about 100 mg of white powder, the constituents of which are heroin (3-30 mg), quinine (0-40mg), and the rest, various sugars. Very rarely, a minute amount of strychnine is included to add a pleasant sensation (kick).

The powder is dissolved in water a spoon (cooker), heated over a match and filtered through a piece of absorbent cotton to remove impurities and germs. The injection equipment known as the “works” generally consists of a hypodermic needle attached to a medicine dropper for some modification thereof so that the process of injecting could be manipulated with one hand. A belt, rope, or a shoelace tourniquet is most commonly used to facilitate intravenous injection, the most common injection being the antecubital region. The hypodermic needle is heated over a flame and is considered sterilized when carbonaceous material is scene over it. Communal use of equipments is common.

The new entrants (neophytes) and women inject the material under the skin (skin popping). Long-term experts (main liners) fever intravenous route resort to skin popping when there accessible cutaneous veins are no longer usable. The injections may be jabbed through the clothing into any part of the body - arms, chest, thighs, abdomen, or even the mucous membrane – nasal, oral or vaginal.

Those who are unable to obtain the “works” use a large hair pin, or nail to Jab a hole in their skin, and then force the tip of medicine dropper in the wound to inject the liquid.

Some narcotics like heroine, cocaine, and marihuana can be taken as snuffs and some can be smoked through various types of pipes.

Drug deaths may occur in epidemics eg, heroine and methyl alcohol. Epidemics of “khopri” deaths due to the consumption of adulterated alcohol are common in areas where alcohol is prohibited. Falciparum malaria epidemic in New York in 1933 was due to sharing the common equipment contaminated by malarial blood when malarial parasites had a free ride into the succeeding man without having to rely on the salivary glands of anopheline mosquito.

Sudden death known as overdose or acute reaction is not uncommon. It is probably due to some unexpected sensitivity but not overdose or allergy. The other addicts who shoot up exactly the same dose from the same source suffer nothing at all. No laryngeal oedema as is found in allergic or anaphylactic reaction is seen. The basic mechanism of such death is not known. All that is usually found internally in such a case is frothy fluid in the air passages due to sudden flooding of the lungs - a manifestation of sudden heart failure. Sometimes, the addict is found with the needle and syringe still in the vein. This implies loss of consciousness. Aspiration bronchopneumonia is commonly found in such cases.

Septic complications account for the remaining deaths and such complications include septicaemia, hepatitis, fungal or bacterial endocarditis, lung abscess, malaria and tetanus.

Deaths may occur after the drug has disappeared from the system. Such deaths then appear unrelated to drug abuse. These deaths are commonly due to complications eg, bronchopneumonia, positional asphyxia, hepatitis, fungal or bacterial endocarditis, encephalomalacia, blood disorders, and acute muscle necrosis with myoglobinuria and renal failure. However, such deaths need to be correctly certified, eg., hepatitis following drug abuse.

The addict with characteristic skin lesions is recognised easily. However, cutaneous stigmata of drug abuse may be entirely absent.

In the examination of a body suspected to have died of drug abuse there are four lines of enquiry which demand special consideration, viz

The addict usually chooses a place where there is some privacy for his “works” unless he is indulging in group activity with common equipment. Accordingly, he is likely to select his bedroom, bathroom, a friend’s apartment, abandoned building, or roof top (shooting galleries), or similar place.

Should death occur, it may mimic natural death, suicide, or homicide; depending on the circumstances.

If death occurs at a place where the body can be safely left, eg, in the addict’s bedroom, the equipment may be taken away for later use and the body so lain as to mimic natural death.

If death occurs at a place where the body cannot be safely left, eg, in a friend's house, it is dumped to a remote place - a park, roadway, railway track, or packed in a trunk to be abandoned when convenient, and this may then mimic a homicide. During the process of removing the body, clothings may be disarranged, blood stains may form on parts of the garments originally free from them, fresh tears on the clothes may result from rough handling, scraping abbreviations and bruises may occur, and existing rigor mortis may be broken down, at least, partially. There may be marks on the body secondary to attempted resuscitation. All these may mislead the doctor as regards the real cause of death. Inappropriate rigor mortis or postmortem lividity due to change in position of the body sometime after death on account of dumping may add to the confusion.

If any drug packets or injection equipment are recovered at the scene of death or from deceased’s clothing, they should be properly preserved for examination by Forensic Science Laboratory (FSL).

In skin poppers, recent injection site may be identified. It is surrounded by a zone of inflammation adjacent to needle puncture. Old injection sites main show ulcer, abscess, or depressed scars resembling smallpox vaccination. These scars may be pigmented and sometimes hypertrophied.

In main liners, the site of recent injection may be identified. Hyperpigmented linear needle track scars (traces) overlying sclerosed, thrombosed, subcutaneous veins of the antecubital fossa, forearms and dorsal aspects of hands are common. These tracers can be concealed with tattoos or obliterated by abrading, burning or otherwise scarifying the area, in which case, appropriate marks are seen.

In addicts using the inhalation method, irritation, congestion, and atrophy of the nasal mucosa is common. Perforation of nasal septum occurs in due course.

A single longitudinal skin incision is made at an appropriate site in a skin popper and from mid-biceps to distal forearm in the main liner. The incised margins are reflected widely to expose the subcutaneous tissues and veins. Microscopic examination of the scar tissue often reveals foreign matter such as cloth, cotton or talc, inadvertently injected with the narcotic. The skin incision may reveal:

Bronchopneumonia is commonly found in those addicts who have become comatose and then survived for some time.

Most conspicuous feature of a fatal narcotic injection is severe congestion and oedema of the lungs which manifest as shaving cream froth at the nose and mouth and filling the trachea and bronchi. Initially, the froth is gray white but becomes blood tinged later due to tissue autolysis. Foreign body granulomatas in lungs are found if drugs as barbiturates and methadone meant for oral use are injected intravenously.

The urinary bladder is frequently distended and often this is the only clue to death from drugs.

Extensive toxicological studies are necessary. If incision through the skin reveals a needle track or fresh subcutaneous perivenous extravasation, the entire area should be excised and a corresponding control sample also taken from the other side. The toxicologist may be able to detect either the narcotic or the adulterant (quinine).

Stomach contents may show intact tablets or capsules and suggest type of drug ingested. Liver bile and kidney should also be preserved as in any other case of poisoning. Urine may show the presence of either the drug or its metabolic products. A majority of abused drugs can be routinely detected in urine. Blood is required for determination of the narcotic and gamma globulin levels.

In inhalation or solvent poisoning cases, the whole lung should be taken with the trachea tied for analysis of bronchial air.

Deaths from narcotism should be suspected-

Addicts are generally individuals with personality problems. They may manifest physical stigmata such as wrist scars from previous attempts at suicide. High drug use is common among certain groups such as hippies, prostitutes, motorcycle gangs and young robbers or burglars. Drug abuse is a contributing factor in auto accidents, homicides and suicides.

Published in Others
Views : 119