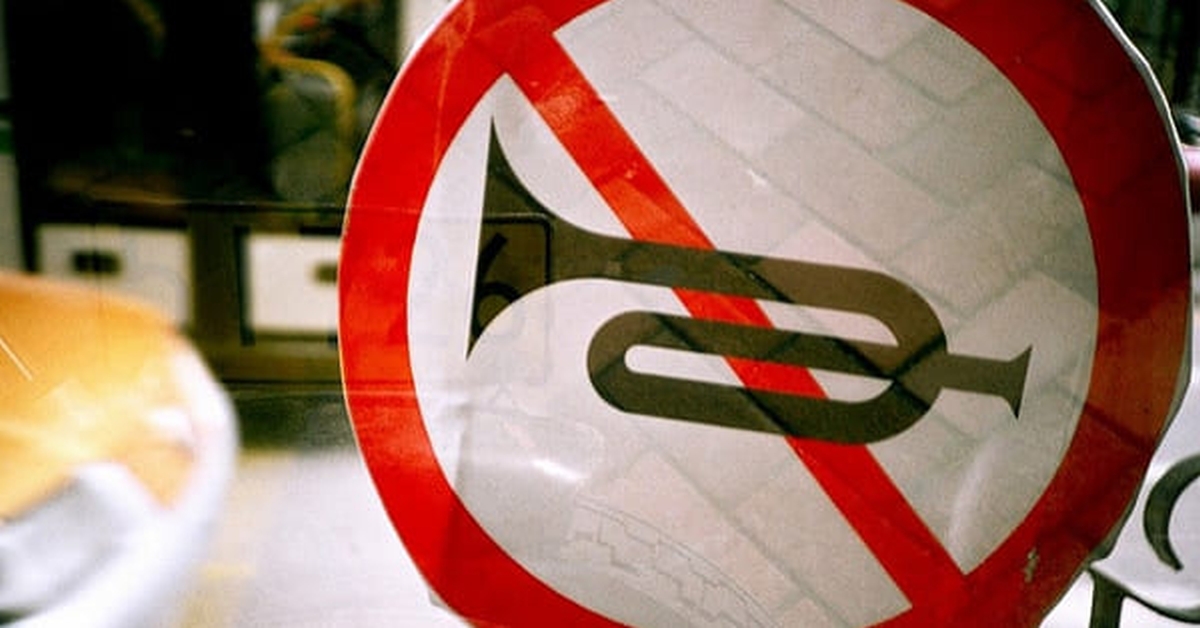 It is most heartening and most refreshing to learn that in a major significant development, the Allahabad High Court has in a latest, landmark and extremely laudable judgment titled Sushil Chandra Srivastava and Another Vs State of UP and Others in Writ – C No. – 1216 of 2019 delivered on August 20, 2019 has very rightly imposed absolute prohibition on use of DJs in the state and asked the state government to issue a toll-free number, dedicated to registering complaints against illegal use of loudspeakers. It will help control noise pollution to a very large extent if implemented in totality! There can be no denying it! This extremely landmark and most laudable judgment was delivered by Allahabad High Court while hearing a public interest litigation filed by advocate Sushil Chandra Srivastava and one more person.

To start with, this noteworthy judgment authored by Justice Pradeep Kumar Singh Baghel for himself and Justice Pankaj Bhatia first and foremost sets the ball rolling by pointing out that, “This writ proceedings has been instituted by two petitioners who are aggrieved by indiscriminate use of Loudspeaker in a residential area regardless of time.” This grievance is heard time and again from many people living in different places. Those who are weak, sensitive, vulnerable and cannot hear loud noises have to bear the maximum brunt! Why should they suffer for no fault of theirs?

While elaborating further, it is then further pointed out that, “The grievance of the petitioners is that the District administration has installed huge L.C.Ds equipped with amplifiers in the residential area. They are resident of Hashimpur Road, Prayagraj, which is a densely populated area. The L.C.D. starts from 4.00 A.M. till midnight regularly without any break with full sound. The L.C.D. creates sound problem as well as public nuisance in the residential area. It is stated that the mother of petitioner no. 1 is aged about 85 years and she is suffering from multiple age related diseases and the high noise pollution is causing serious problem in her ears and heart. It is further stated that the son of petitioner no. 2 is studying in Class 12th and due to sound pollution he is unable to prepare for the examination. It is stated that in the area there are three hospitals/nursing homes, namely, Yashlok Hospital, Alka Hospital and Astha Clinic. A large number of patients are admitted in these hospital, some of them are suffering from heart and other serious ailments. They are also affected by high noise pollution.”

Moving on, it is then pointed out in this judgment that, “Learned counsel for the petitioners submitted that authorities have failed to enforce the law and directions issued by the Supreme Court in a series of the decisions. It is stated that similar L.C.Ds and speakers have been installed all over the city which have raised the noise pollution level to an impermissible limit under the Law. It is stated that in spite of the law laid down in the case of NOISE POLLUTION (V), IN RE, 2005 (5) SCC 733 and the statutory rules framed by the Central Government, on account of the inaction on the part of the concerned authority are feeling inconvenience and their health is affected by the noise pollution.”

Going forward, it is then further pointed out that, “It is a pity that administration is not serious in taking any action against those who breach the law and directions of the Supreme Court. In India the people generally do not consider the noise as sort of pollution, hence, most of the people are not fully conscious about the effect of the noise pollution on their health. The Central Government in exercise of its powers conferred by clause (ii) of sub-section (2) of Section 3, sub-section (1) and clause (b) of sub-section (2) of Section 6 and Section 25 of the Environment (Protection) Act, 1986 has made the Noise Pollution (Regulation and Control) Rules, 2000 (for short Noise Pollution Rules) to control of noise producing and generating source. Since noise pollution affects human health, it needs to be stopped immediately.”

Furthermore, while sparing no punches it is then held clearly and categorically that, “Having due regard to the materials on the record, we are constrained to observe that the administration either, appears to be totally oblivious of the law and directions issued by the Supreme Court or there is gross inaction on its part to enforce the statutory rules and the directions of the Supreme Court which are binding upon all the authorities under Article 141 of the Constitution. No valid reasons have been furnished by the authorities for not complying the law.”

Most importantly, it is then held by the Allahabad High Court in this extremely laudable judgment that, “In the ultimate analysis we are of the firm view that the law relating to Noise pollution need to be strictly complied with in larger public interest. Accordingly, in addition to directions issued by the Supreme Court in NOISE POLLUTION (V), IN RE (supra), we issue the following directions:

(i)  The District Magistrate shall give adequate publicity in leading newspapers regarding this direction and Rules, 2000. He shall notify the name of the authority under the Rules, 2000 and his contact number. Detailed notice shall be put up in the offices of Divisional Commissioners, District Magistrates, District Court Premises, Police Stations, Municipal Corporation Offices, Development Authorities Offices and prominent places of the city.

(ii) A toll free number shall be provided to the citizens to make the complaints. If a loudspeaker, public address system, DJ, a Musical Instrument, a sound amplifier or any sound producing instrument is used beyond the permissible limit of sound, a person can make a complaint on telephone number 100 to police or toll free number provided by the authorities. The concerned Police of the area will immediately visit the spot and shall measure the noise level by the equipment (Noise meter application) supplied to it. If it is found that there is violation of Rules, 2000 it will stop the nuisance forthwith and shall inform the appropriate authority regarding complaint and action taken by it. The authority shall take action against offender in terms of Rules 7 of Rules, 2000. The name and identity of the complainant shall not be disclosed to the wrong doer or to any person. Under Rule 7 of Rules, 2000 an oral complaint can be made. The facility shall also be made available to send the complaints by SMS, e-mail and Whatsapp. Anonymous complaint shall also be entertained. All the complaints received by the Police under Rule 7 of Rules, 2000 shall be maintained in a register and a copy thereof shall be forwarded to the competent authority. The action taken shall be recorded by the Police in the register.

(iii)  Under the Rules, 2000 no permission for DJ shall be granted by the authority for the reason that noise generated by DJ is unpleasant and obnoxious level. Even if they are operated at the minimum level of the sound it is beyond permissible limits under the Schedule of the Rules, 2000. A DJ is made up of several amplifiers and joint sound emitted by them is more than thousand dB (A). They are serious threat to human health particularly children, senior citizens and patients admitted in the hospitals.

(iv)  The team constituted by the District Magistrate shall make regular visit of their area particularly before commencement of any festival and apprise the organizers regarding compliance of the Rules, 2000 and the directions of Supreme Court and this Court.

(v) All places of the worship of all religion shall be bound by the provisions of the Rules, 2000 and directions issued by the Supreme Court and this Court. Any breach of the Rules, 2000 shall be treated to be violation of fundamental right of a citizen.

(vi) The District Magistrate/Senior Superintendent of Police shall convene a meeting before commencement of festivals like Dussehera/Durga Puja, Holi, Shab-e-barat, Muharram, Easter and Christmas festival with organizers and representatives of civil society, to impress upon them to observe the law strictly and in the event of failure the legal consequences that may follow.

(vii) Whoever fails to comply with or contravenes any of the provisions of Noise Pollution Rules shall be liable for a penalty in terms of Section 15 of the Environment (Protection) Act, 1986. Non-compliance of the rules attracts the imprisonment for a term which may extend to Rs 1,00,000/-. It is the duty of the authorities of the State to ensure that the offences under Section 15 of the Environment Protection Act are duly registered.

(viii) The State Government is directed to categorize the areas in all the cities of State into industrial, commercial, residential or silence areas/zones for the purpose of implementation of the noise standard in terms of Rule 3(2) of Rules, 2000. A fresh exercise be conducted in the light of definition provide under Rule 2 (c) and (f) of Rules, 2000. We find that in Prayagraj the zones have been made in breach of the above mentioned Rules.

(ix) The competent authority under the Rules, 2000 and the SHO/Inspector of concerned Police Station are charged personally with the duty of ensuring compliance of the order of the Supreme Court, extracted above, the Rules, 2000 and this order, failing which they shall be answerable to this Court in contempt jurisdiction. We grant liberty to any aggrieved person to approach this court for appropriate order for compliance of the above order/directions.”

Finally, it is then held that, “A copy of this order be sent to the Chief Secretary, Government of Uttar Pradesh, Lucknow to issue necessary directions to the appropriate authorities accordingly. The compliance report shall be sent to the Registrar General of this Court, who shall place it on the record of this case. The writ petition is allowed in the above terms.”

In the ultimate analysis, it has to be said with a considerable degree of satisfaction that the Allahabad High Court in this landmark case has very rightly issued the requisite directions as enumerated above to contain noise pollution. There is no reason as to why they should not be complied with. Every citizen of India is entitled to lead a life free from noise pollution! This alone explains as to why the Allahabad High Court has spoken out remarkably about the directions to be implemented to ensure that noise pollution is controlled to a large extent! We all saw how just about a month back on July 22 even the Punjab and Haryana High Court in Reet Mohinder Singh Vs State of Punjab and others too passed a similar order to check the unregulated use of loud speakers. Such extremely laudable judgments deserves to be implemented in totality!

Published in Others
Views : 333